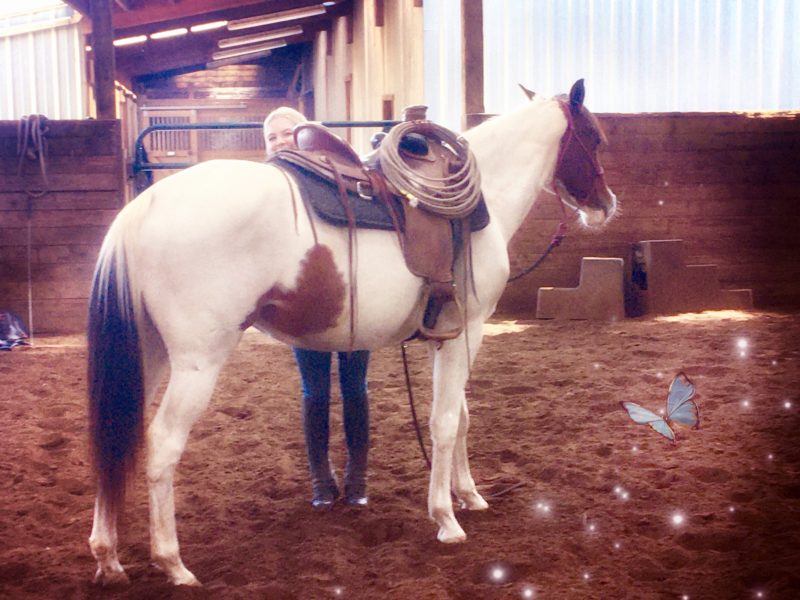 Bonnie. 💕🍭 Oh my goodness. This little one! I feel similar about her to how I feel/felt about Vivian. What joy. She makes my heart smile.

Also, I LOVE RIDING A COLT! What fun! It’s kind of like a lovely breath of fresh air. I know this is sort of a unique situation because she’s a pretty dang safe colt but I’ll take it and appreciate the heck out of it.

Although she reminds me so much of Viv and in some ways. Vivian was sort of “colty” (as Hales would say) in that she was a hot mess and didn’t know much. On the other hand, Viv came with a ton of baggage. Bonnie is clean and innocent in what she doesn’t know.

The phrase that kept floating into my mind yesterday about Bonnie was; “She’s a genius!”

That’s pretty cool. Really cool in fact. For our first few rides together, she felt kind of blank to me. This was our 8th ride and probably my favorite thing was the feeling that she’s perked up a bit.

I’m still dragging my saddle into the arena before I get her out. Yesterday she was a TON better for me to throw the saddle up onto her but as soon as I let the latigo down, she still needed to drift. Well, perhaps it’s more accurate at this point to say that she IS drifting. I’m doubtful she really needs to anymore.

Yesterday was the first day I started to discourage her wandering around. She surely is in the habit of moving and I do think that it was probably necessary at a certain point. I’d so much rather Lisa have allowed her to move than force her to stay still and accidentally condition her to get tight. Way to go L on that. Shout out to Lisa overall for putting such a great first 24 rides on her.

Interesting side note is that Bonnie drifts while I’m looping the latigo but, as soon as I go to cinch her up, she stands content. So, we’ll see how long it takes for her to let down with the whole process.

Debbie pointed out that I’m riding her so much in one hand. That’s kind of curious. Certainly curious to her but to me also. I’m not 100% sure why. I guess it just doesn’t feel like the right thing to do to over manage her with the reins and she feels for me laterally much more that I would expect at this stage.

As I said to Debbie, for the most part, she’s going where I want. And I REALLY don’t want to be overdoing it, or balancing on her in any way. She’s SO LIGHT I’d like to just leave her alone as much as possible. It’s only the last two I’ve picked up both reins and given her a moment or two to poof out the rectangle; just giving her the opportunity to feel for some additional power.

Her flexion to the right was AWESOME!! This is a big deal because as some of you might have heard me say on the last VLOG she had a bit of a twist in her jay to the right. Hooray! She’s so onto turning it loose now and letting it roll naturally. Lovely lovely.

I also love that she has such a great seat connection downward and when she’s really dialed in, moment by moment, she’s starting to get with me even more laterally too. That’s pretty rad.

Her upward connection sometimes is pretty dang good. Other times it’s a bit of a drag. Totally fine and normal for a green colt.

I think a big change will be as she gets lighter off my leg to go. She quite dislikes being yelled at and fair enough. I do my best to be quiet but it’ll be fun when she realizes she has some control over that as well by listening more closely. I bet that will cheer her up a lot.

It’s just delightful to be at the beginning and simply dealing with the big sized legos while being aware as the tiny grains of sand show up and blow gently into place.

Here’s a pict of Bonnie from when she was re-rescued in January 2019. You can see a little clip of our progress on instagram @evolution_0f_a_girl

Thanks for checking in on Bonnie! All the best to you and yours. 😍 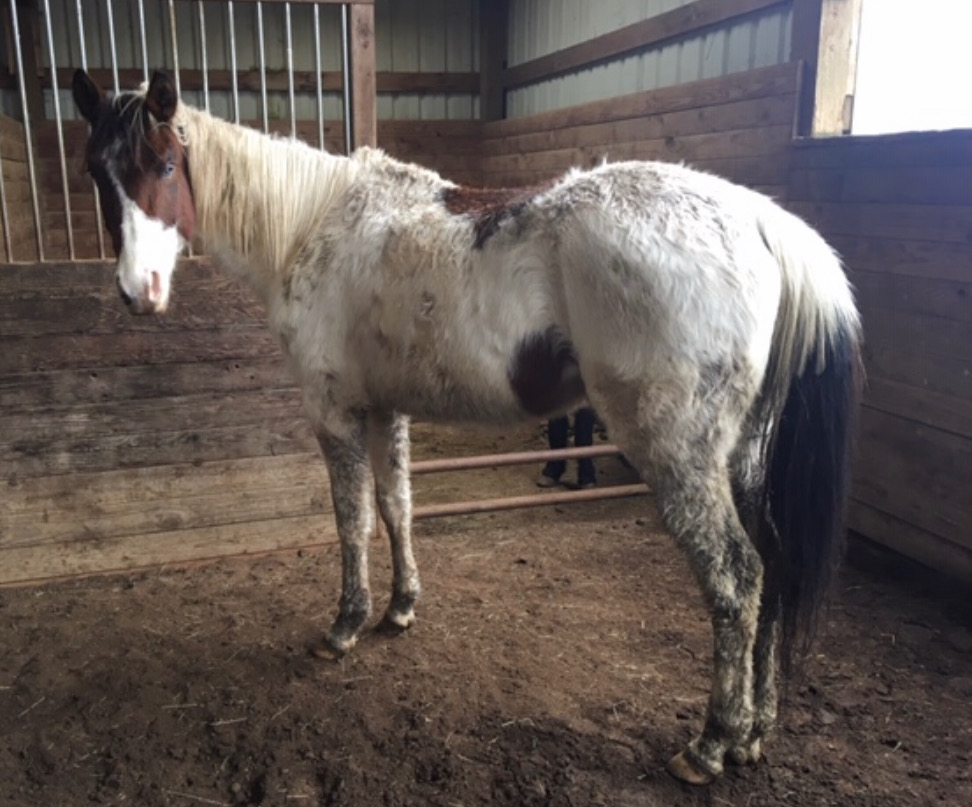