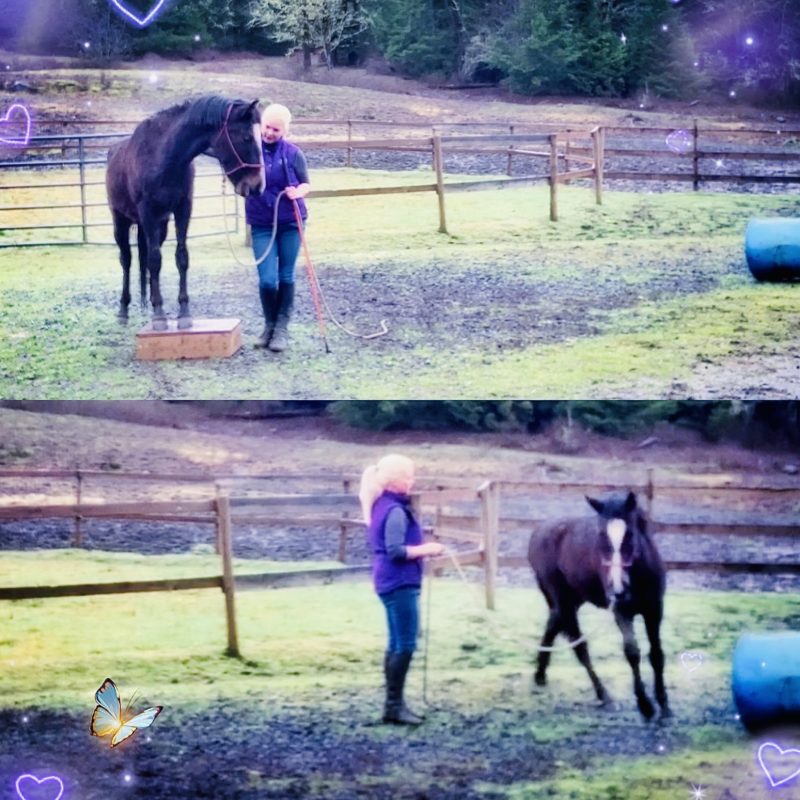 Since the days are a little longer, I’ve had the pleasure of getting to play for a few minutes here and there with tiny little Ocean. Ocean is a coming 2 year old Yakima reservation pony we’ve been fostering since last fall. 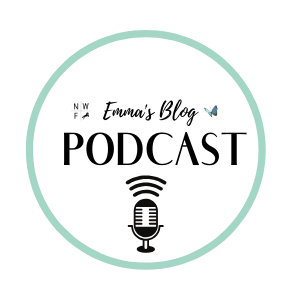 A week ago, I looked back at my Northwood Farms Horsemanship Log totals and was surprised to find that I already have 8 hours on him. That’s actually pretty impressive considering the sessions we had together last year were mostly 5-15 minutes long. It reminds me that not only do every 15 minutes count, every 5 minutes count.

I’m so glad I have the opportunity to play with Ocean because it’s pretty rare for me to get my hands on such a wild little thing. I get to be around the wild untouched ranch babies at Gary Bailey’s but other than that, even if I’m around a wild mustang, it’s generally not such a youngster. Also, it’s a different deal having Gary there to make sure I’m safe. I rely on him a lot to keep me out of trouble. Plus, I know I’ll never get stuck because he’s there to answer any questions I have.

Being on my own at home is another ball of wax and, while Ocean pushes me a bit, he’s very clean and impressionable. He’s naturally ultra skeptical and his flight instinct is only a molecule under the surface. However, he’s not damaged dangerous. He hasn’t learned to kick, strike, bite or run over someone to get out of trouble. Not yet. If that happens, it’s on me. 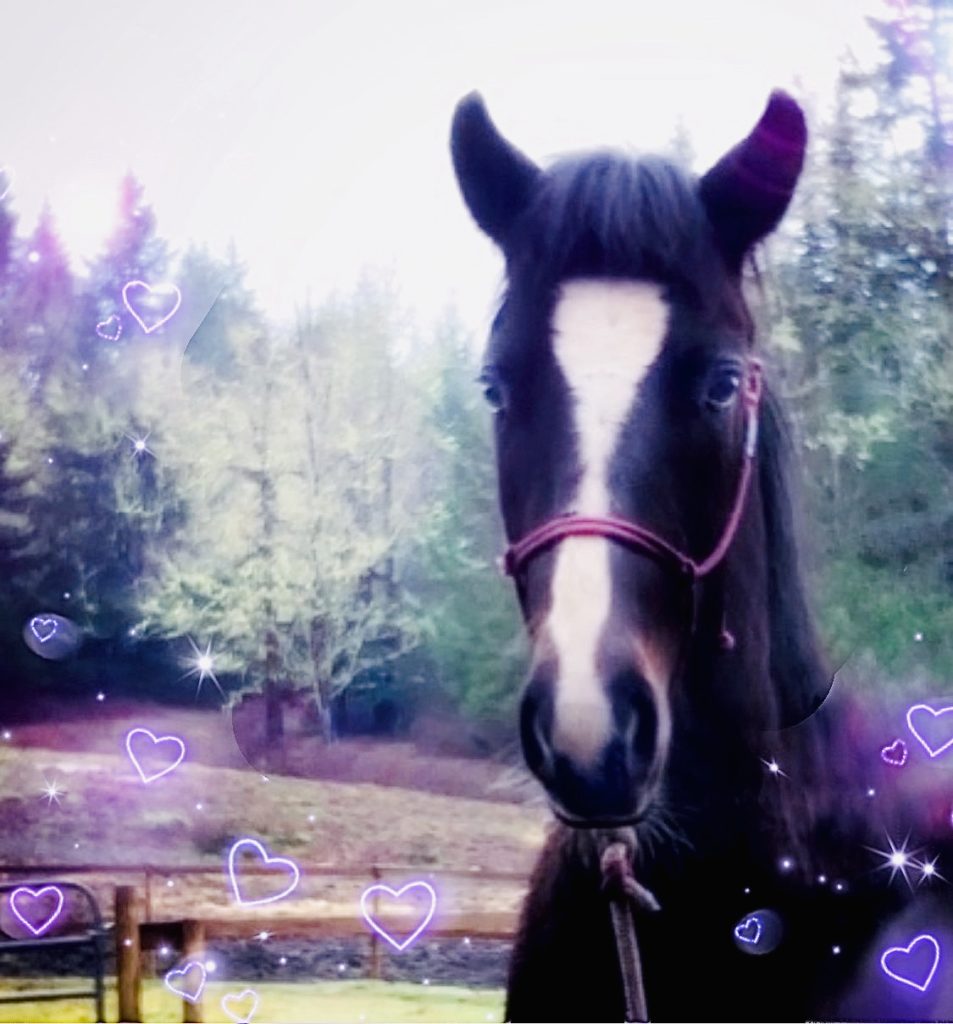 One thing I learned, from my beginnings with Vivian, came in handy yesterday. Viv taught me how, in some cases, I need to make an effort to get low to yield the hindquarters if things get a little wild. Because I’m only 5’2”, I tend to just naturally have the important downwards angle on most horses.

Back in the day, I couldn’t figure out why Vivian was able to just turn tail and rip the leadrope out of my hands whenever she wanted to. I wasn’t used to that! I was consterned! After a while, it finally dawned on me that because she’s only 14 hands, unless I purposefully bend my knees and change the angle, my grip on the leadrope is directly parallel to her head. Unless I get low, I have no leverage to support her if she feels she has to leave.

Finally, after thinking about it for weeks, the memory of the colt starters I admire flashed through my mind. When cornering a horse, those tall men have to get low. Ah ha! The angle has to go across and down! With Daveena, for instance, I never have to think about it. She is huge and I am small. Angle set by default!

When I moved the barrel yesterday, Ocean got scared. I was glad I’d learned to quickly get lower to help him. He’s still a little shy of 13 hands so what I’d learned from Vivian was key.

It’s so critical to make sure Ocean doesn’t learn he can just get the angle and leave when he gets worried. Whew! This was a perfect example of a proper mechanical technique coming to the rescue. Because I had the angle right, in a moment, I was able to show him, if he stayed, things would be alright.

I’ve had my trusty carrot stick out lately. (Btw it’s 17 years old and covered in tape. I’m such a sucker for well used gear with lots of memories attached to it.) I thought it’d come in handy for playing some good ole fashioned Friendly game.

Although the carrot stick is significantly heavier than the flag, there are some nifty qualities about it that the flag doesn’t have. (Of course the reverse is also true.) For instance, with the carrot stick, I can really touch my horse precisely and with a lot more feel. I can scratch itchy spots and teach my horse to yield from steady pressure with it.

At first Ocean thought the carrot stick was the end of the world but in short order, he was happy to have me use it to curry the dead hair off his shoulders, lower back and hips.

The sun was out yesterday and signs of spring were everywhere. I even saw a flying bug of some sort! Hooray! Convincing Ocean to follow me up to the arena is not going to happen yet, so a break in the weather was just what we needed. We got to play in the gravel area between the barn and the roundpen.

My idea for our session was to squeeze Ocean between me and the barrel and to use the pedestal for a bounce. (I call it a bounce when I specifically use different obstacles to play games with; one being familiar and one being new. I’ve come to refer to the more familiar obstacle as the bounce.)

Squeeze Game in Parelli Land consists of a send, an allow and a yielding of the hindquarters. In Buck’s terms, it’s “Leading By”. I’ve seen him demonstrate it million times at clinics. There’s lot’s of cool stuff to chip away at within that exercise, no matter which label you prefer.

Ocean had a lot more trouble with this puzzle than even I thought he would; luckily, not too much trouble. I was glad for enough space to allow him to drift around me when he needed to move his feet. We got quite a bit more practice yielding his hindquarters and teetering back, as well as yielding his forequarters away and across.

When he got scared (this is when the getting low to corner him came in) suddenly everything was a squeeze. The roundpen fence, the field fence, the pedestal and the barrel were all adding pressure.

Baby horses are SO light! Omgosh. I feel like I’m always straining to do less! Almost always, it only takes a tiny bit from me to effect Ocean’s thoughts and movements. So, I got to just gently move around to make the wrong thing a little more difficult and the right thing easy. In a way, in those situations I feel a zen like flow as I’m blocking and allowing. In the best moments, it’s the perfect blend between actively changing the environment and pure behavior capture. It’s so cool!

Side note: I’m still amazed at how the pedestal helps a horse. I’m pretty sure it’s because it’s SO obvious to them. “My human wants me to stand on this.” I’ve observed it to repeatedly make a huge leap in my horse’s confidence and understanding of communication.

When Ocean needed a “recess” as Tom Dorrance would say, we’d retreat from the squeeze and I’d let him stand on the pedestal.

Ocean is so cute!! When he stands on it I have the BEST view of his perfect, delicate, velvety muzzle and he let’s me snuggle in close to him with my arms around his chest and through his blind spot. That’s soul food baby! 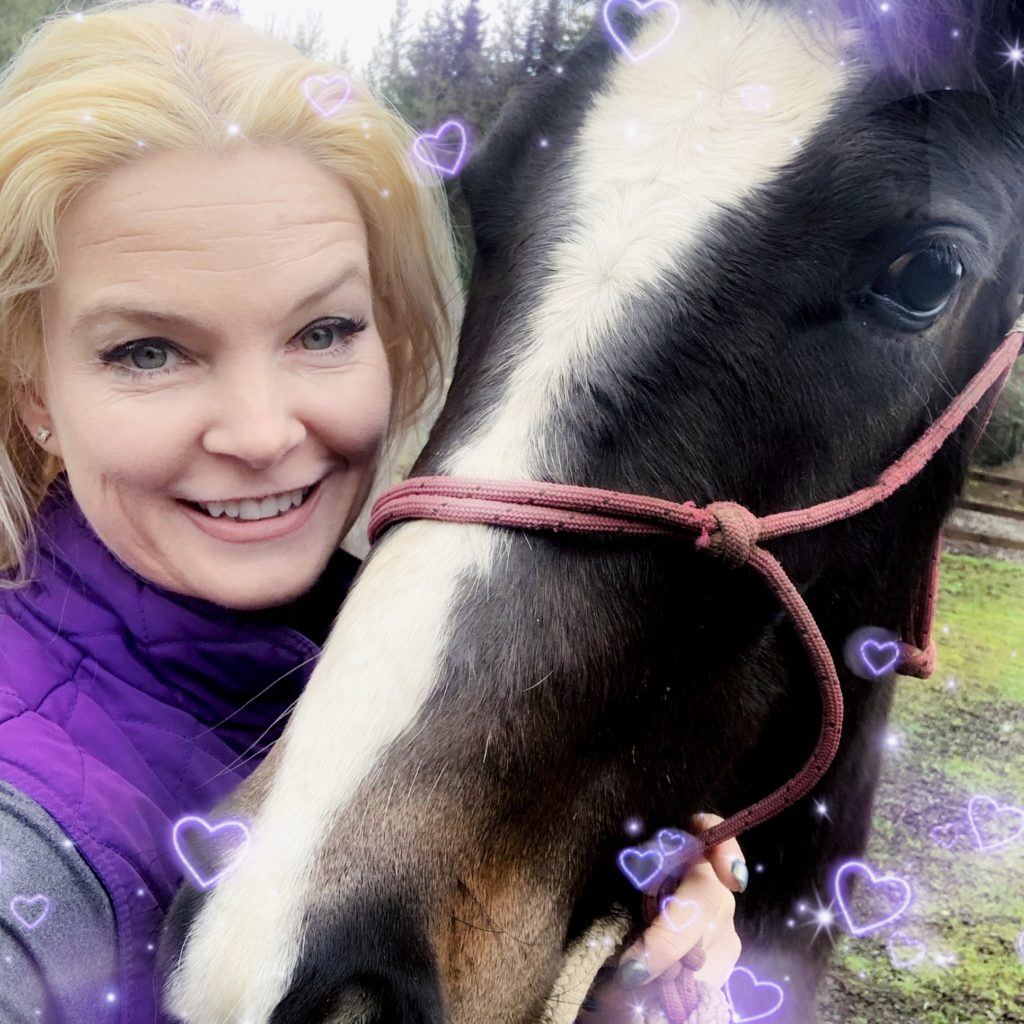 We quit on a nice quiet note and really, it made my whole day. Thanks to Joy Laudahl from Harmony New Beginnings Rescue for letting me get my mits on this delightful little creature! It stretches me as an aspiring horsewoman and is one of the best mood elevators ever.

Thanks for reading guys! I hope you’re having a great weekend with your ponies!?